The Basic Dates of Mercury Retro 2022

Full dates including Shadows of 2021 Mercury Retro coming later below… 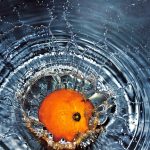 Mercury is all about networks and connections. Think computers, devices, social media, public transport and traffic; even the nerves and impulses within our bodies. When this planet retrogrades, there’s the potential for plans, devices, deliveries and health to glitch, but it is also possible for good things to happen.

How often is Mercury Retro?

Mercury goes Retro three times a year for three weeks at a time, which means that for about nine weeks each year, Mercury is Retro.

The weeks before and after a Mercury Retro are called a shadow period. These shadow weeks help us prepare, and later integrate, the actual three retro weeks.

What should I do?

Mercury’s three actual retro weeks are a great time to complete unfinished projects, have check-ups, review, edit, study, retreat, do background preparation, back up, catch up, clean up errors, check and double-check, assess the details of a decision or work on improving something. Importantly they’re also a time to allow creative chaos and respect imagination. Some people have productive Mercury Retro periods, catching up on everything and making great progress, as Mercury Retro can help us zoom in and focus. Others feel slowed down, delayed or disrupted by life’s hidden processes.

What does ‘retrograde’ actually mean?

When observing Mercury Retro through telescopes, it looks as if it’s slowly going back over parts of the zodiac it’s just been in. Interesting then how we feel as if things are ‘going backwards’ by not happening in the normal way. Perhaps retracing our steps as if seeking something that’s lost or an important missing detail. Mercury Retro is perfect for personal reflecting. When we slow down like Mercury does, and think things through during this time, we can have useful insights.

No, Mercury doesn’t ever travel backwards. It just appears that way to us on earth when we look up.

Should I avoid signing contracts?

There’s ancient astrological advice about not signing contracts or buying when Mercury’s Retro, but sometimes it’s unavoidable, and in ancient times maybe they didn’t shop every five minutes like we do. Often it’s said we’re less likely to change our minds later if we buy when Mercury’s direct. While Mercury is Retro, we are in a different mental framework. Check all fine print before signing a contract and allow time to ‘sleep on it’. I know people who have signed successful contracts under Mercury Retro, but also people who regretted their decision.

What if you’re born under Mercury Retro?

If this is you, in your birth chart Mercury will always show as retrograde, but will change ‘by progression’ (astrological life movement chart). Remember, positive things do happen under Mercury Retro.

Mercury was the god of delivering messages, so whatever happens under Mercury Retro, life is trying to give you a message. Be careful though not to jump to conclusions about what the message is.

Check out this blog, “Mercury Retrograde: Trials and Triumphs”, to read more about what’s happened to others under a Mercury Retro and the messages they got.