Quarter moons look like half moons but are named quarter moons because they happen at the first and last quarters of each lunar month.

The 1st Quarter Moon happens in the growing (waxing) stage of the month’s cycle (i.e. the first week of the lunar month) when the Moon grows from the invisible New Moon to a visible half circle. The 3rd Quarter Moon is in the disappearing (waning) second stage of the cycle (i.e. the last week) when the Moon fades from the other-visible-half-circle back to the dark invisible moon.

Under a 1st Quarter Moon, the energy brings a vibe of excitement or competition to ‘build the month’s goals’. Effort is usually needed to advance with a plan, push through obstacles or make adjustments.

The 3rd Quarter Moon is about making the most of the energy that’s left before the Moon wanes at the end of the lunar month. There’s a feeling of wanting to do everything at once to avoid missing out before the energy decreases, frustration that time is running out, but also enjoyment and hope for what’s in the process of fulfilment. 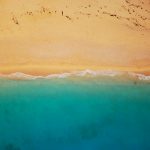 Third quarter moons happen midway between the Full & next New Moon each month. There’s no eclipses or supermoons at quarter moons (only at New or Full Moons).